Newspapers printed leaked diplomatic correspondence describing the Trump administration as “dysfunctional” and “diplomatically clumsy and inept.” The initial news report, acknowledging the US president is “notoriously thin-skinned, exposes concerns about the reliability of the United States as an ally, and the Trump administration responded that that it will no longer work with Ambassador Kim Darroch. Motivation for the release is unknown. Britain is the midst of selecting a new prime minister who can resume planning for Brexit – ending membership in the European Union and crafting some alternative relationship. British voters approved leaving the EU in 2016, though many have since expressed regret. The leak tests US-UK relations, putting Britain on the defensive: The country needs strong US ties to bolster its post-Brexit economy yet does not want to be viewed as a puppet, giving the US veto power over its ambassadors. Some officials question if Russia hacked the cables, but the reporter who released the cables noted, “In the absence of government, the civil service becomes politicised.” An interconnected and competitive world ensures keen interest in foreign policies of other nations. In polarized democracies, party politics takes priority over duty to country, and individuals take it upon themselves to release secrets to influence policies. Secrets and trust are no longer a given for governments. – YaleGlobal

Leak of cables roil US-UK relations and British ambassador warned that Britain or any nation could be the “flavour of the month for Trump
John Allsop
Tuesday, July 9, 2019

Read the article from Columbia Journalism Review analyzing the leak of cables from the British ambassador to the United States.

Jon Allsop is a freelance journalist. He writes CJR’s newsletter The Media Today.

Read the article from the Daily Mail about the leaked cables from the Kim Darroch. 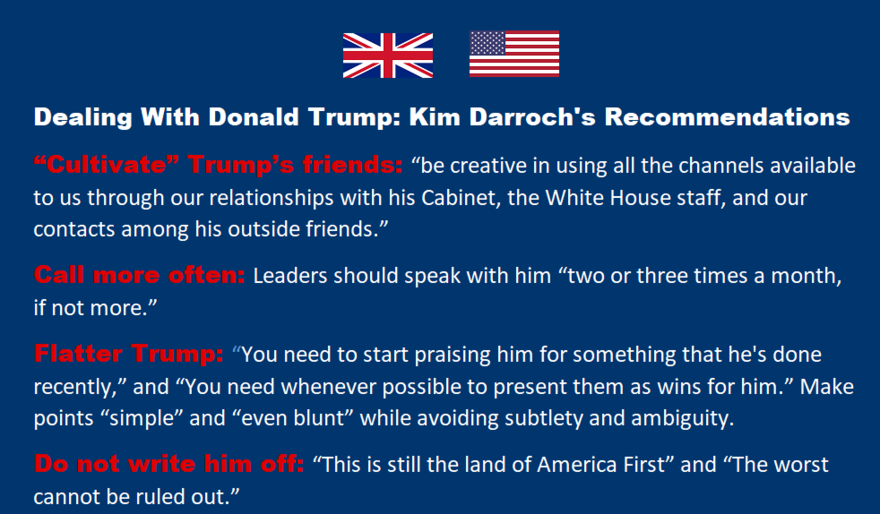 US Trade Deal With Britain Not Easy: CNN

Five Scenarios for Brexit – With Only One Good Outcome

Donald Trump and the Declining Prestige of US Democracy

The Crisis of Democracy