Thousands of people in Sweden, Germany, the UK and the US have agreed to implant microchips embedded in glass tubes the size of a rice grain in their bodies. For travel conglomerate TUI staff volunteers in Stockholm, the chip allows them to open doors and other electronic locks and activate printers. Employees assume risks. TUI is based in Germany, where such a workplace plan is described as a “horror scenario” by Kristina Läsker for Spiegel Onine. “Is this progress, science fiction, a gimmick or the breaking of a serious taboo?” she writes. “The chips themselves still don't do all that much. But if there's anything we have learned in recent years, it's that where data is collected, it also has the potential to be abused.” TUI chips have little memory, Läsker explains, and data is transmitted over short distances with electromagnetic waves. Sweden leads in acceptance of digital technologies, cashless payments and automation. TUI insists that surveillance and control are not the goal and the chips are not connected to the internet. A study has recommended against even voluntary chipping, suggesting that hacking, deactivation and other manipulations cannot be ruled out, and the European Parliament is considering regulations. Chip proponents said a chip is safer than a smartphone. The article concludes by noting that Elon Musk has funded a startup exploring connecting humans to computers. – YaleGlobal

Read the article from Spiegel Online about companies implanting microchips in employees who volunteer.

Kristina Läsker has been head of service for Spiegel Online since January 2018.

Read “The US of Chip Implants in Workers,” a study commissioned by the European Parliament. 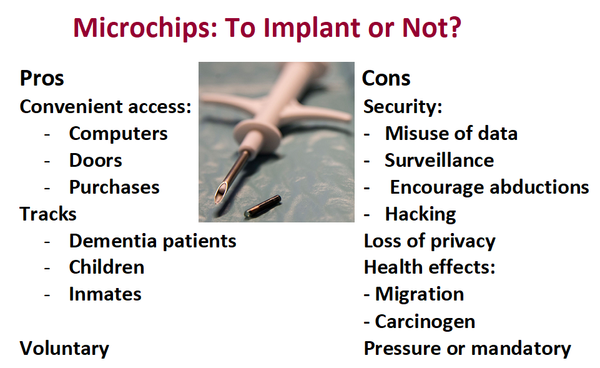 © SPIEGEL ONLINE 2019 All Rights Reserved Reproduction only allowed with permission