The annual Munich Security Conference exposed widening disagreements between the United States and Europe in terms of foreign policies, tariffs, national defense and more. This conference’s theme of “Westlessness” shows the concern of some political elites over a multipolar world as China and Russia gain power. Western rules-based international order remains the best option for the ensuring human rights and economic development, argues US Secretary of State Mike Pompeo. However, German President Frank-Walter Steinmeier, criticized current “American First” policies as harmful for Europe. The United States continues to pressure Europe on issues that carry costs, such as avoiding Huawei to build 5G infrastructure and reducing reliance on Russian gas from North Stream 2 project. European allies express annoyance that the emphasis on “sovereignty” by the Trump administration implies opposition to the European Union. Furthermore, the Trump administration’s threats of threats and sanctions deepen mistrust among US transatlantic allies. – YaleGlobal

Read the article from The Washington Post about divisions between the US and EU revealed at the Munich Security Conference.

The West is polarized along economic and climate issues, and equally crippling, the United States and Europe are divided within, too. John Kerry, former US secretary of state, spoke at the Munich Security Conference, as reported by Deutsche Welle, and addressed the need for sustainability. Kerry is the Distinguished Fellow for Global Affairs, Jackson Institute for Global Affairs, Yale University.

“To have a president who wants to put his head in the sand and pretend it’s not happening is a moment of enormous irresponsibility.” 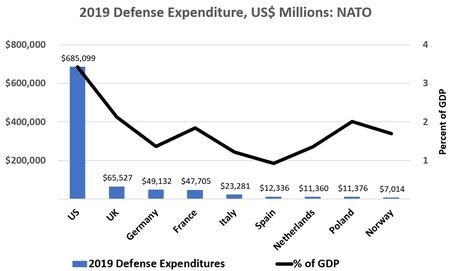 Asian Regional Order – US Allies to the Rescue