The European Union labeles some palm oil as unsustainable, responsible for high rates of deforestation. Indonesia has filed a lawsuit with the World Trade Organization over EU renewable energy policy. The European Union plans to phase out use of biofuels by 2030, and Indonesia officials express concern that EU policy could “tarnish the image of palm oil products in global trade.” The EU insists there is no ban on palm oil, but seeks a sustainable product. Exports of fatty acid methyl ester have declined in recent years, by almost 7 percent for the first nine months of 2019. Indonesia also considers filing a complaint on EU biodiesel tariffs. “A negative side-effect of palm oil production - apart from its impact on people's health due to the high level of saturated fat - is that the palm oil business is a key driver of deforestation in countries such as Indonesia and Malaysia,” reports Indonesia Investments. “Indonesia is the world's largest producer and exporter of palm oil but it is also the largest greenhouse gas emitter after China and the United States.” Indonesia currently has about 12 million hectares of palm oil plantations compared to 4 million in 2000. – YaleGlobal

Read the article from the Jakarta Post about Indonesia’s complaint before the WTO.

Read about the palm oil industry from Indonesia Investments. 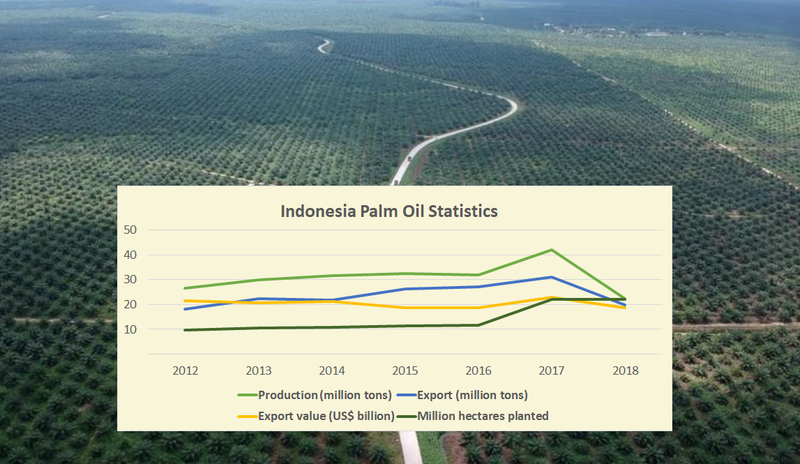 Once a Dream Fuel, Palm Oil May Be an Eco-Nightmare

The Politics of Palm Oil