The US Senate Intelligence Committee has issued a heavily redacted report describing Russian intrusion into US election systems in all states. Richard Burr, the Republican committee chairman, said the US had been “blindsided,” with only a handful of federal and state officials detecting the intrusion. Hackers could have deleted or changed voter data, though there is no evidence that happened. “The report – the first volume of several to be released from the committee’s investigation into Russia’s 2016 election interference – came 24 hours after the former special counsel Robert S. Mueller III warned that Russia was moving again to interfere ‘as we sit here,’” reports the New York Times. “Some administration officials have suggested that the issue is not getting enough high-level attention because President Trump equates any public discussion of malign Russian election activity with questions about the legitimacy of his victory.” Adversaries could be expected to lend help to the most inept and corrupt candidates. Mitch McConnell, Republican majority leader of the US Senate, blocked former President Barack Obama from taking action in 2016 and opposes legislation allowing the federal government to protect election systems. A cybersecurity coordinator had expressed concern that all 50 states had been targeted in 2016, but the Trump administration eliminated that position. Russia also requested posting its own observers at US polls. The committee recommends that the US and its allies review election security and develop “cybernorms.” Russians also offered a ready supply of social media messaging that nurtured polarization that could narrow margins and make election influence that much easier. – YaleGlobal

Read the article from the New York Times about a US Senate Intelligence report on Russian interference in the 2016 US presidential election.

David E. Sanger is a national security correspondent and a senior writer. In a 36-year reporting career for The New York Times, he has been on three teams that have won Pulitzer Prizes, most recently in 2017 for international reporting. His newest book, The Perfect Weapon: War, Sabotage and Fear in the Cyber Age, examines the emergence of cyberconflict as the primary way large and small states are competing and undercutting each other, changing the nature of global power. Catie Edmondson is a reporter in the Washington bureau of The New York Times, covering Congress. Nicholas Fandos contributed reporting. 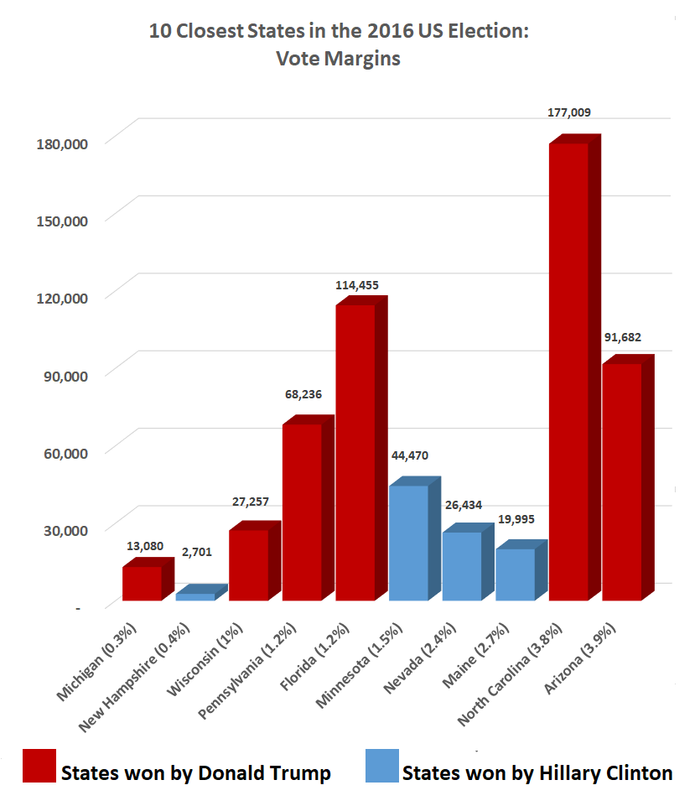 Targets: Candidates running US president in 2020 will eye states with the tightest races in 2016  - joined by hostile foreign powers hoping to influence outcomes for the most inept and dysfunctional  (Source: US News & World Report)

Forget Fake News – The Real Filter Bubble Is You

The Rise and Rise of Fake News