Civil war in Syria began soon after the Arab Spring in 2011. Islamic State terrorists took advantage of chaos, gaining territory and control, and the United States supported Kurdish fighters in containing ISIS. But Turkey resents the Kurds – a large and marginalized minority in that country as well as Syria, Iraq and Iran – and labels them terrorists. President Donald Trump announced withdrawal of US forces from the region, suggesting it was “time for us to get out” and let others “figure the situation out.” Democrats, Republicans and allies criticize the move; some legislators threaten sanctions against Turkey for any attacks on Kurdish forces. Trump also suggested over Twitter that he would “obliterate” the Turkish economy if the country did anything “off limits.” Administration officials suggest that means Trump does not approve of a Turkish attack on the Kurds. “The president’s pronouncements kept supporters, foreign leaders, military officers and his own aides off balance as they tried to interpret Mr. Trump’s meaning and anticipate its consequences,” reports the New York Times. “The president has long agitated to get the United States out of overseas wars, only to be pulled back by the national security establishment and congressional allies.” Critics express concern that an attack by Turkey could allow 10,000 ISIS members held by Kurds to escape. – YaleGlobal

Read the article from the New York Times about Trump’s policies in Syria.

Peter Baker is the chief White House correspondent for the New York Times, responsible for covering President Trump, the fourth president he has covered. Lara Jakes is a diplomatic correspondent based in the Washington bureau of the New York Times. Over the past two decades, she has reported and edited from more than 40 countries and covered war and sectarian fighting in Iraq, Afghanistan, Israel, the West Bank and Northern Ireland. Reporting was contributed by Catie Edmondson, Eric Schmitt, Helene Cooper and Eileen Sullivan. 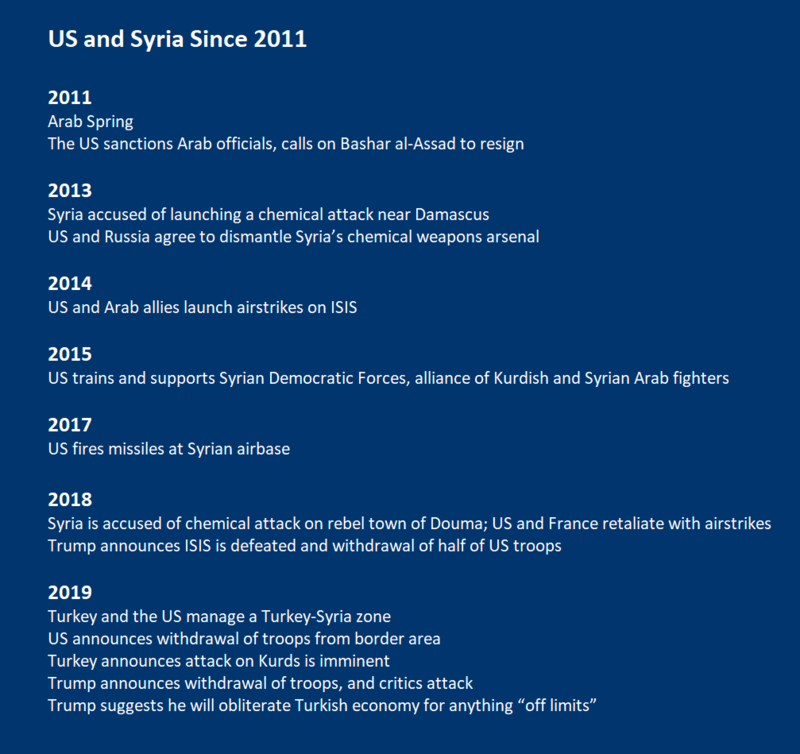 The US Should Rejoin the UNHRC