The United States has withdrawn from many global organizations, reducing its own leadership role while enhancing influence for China and Russia. Latin American governments could respond to the Trump administration’s efforts to place a US citizen in charge of the Inter-American Development Bank, disrupting traditional governance. The administration often selects individuals who reject the mission of the organization they lead. “This action is in clear contravention of a longstanding understanding and practice that, in exchange for the institution being headquartered in Washington D.C., its head would always be a Latin American with an American as the bank’s deputy,” writes Ernesto Zedillo Ponce de León, Yale professor and former president of Mexico. “That feature of the IDB’s governance was one of several that made the institution exemplary, in fact a pioneer among international financial institutions.” With the Covid-19 pandemic disrupting global affairs, Zedillo urges Latin American states to unite around delay in the appointment of the IDB president – and for that matter, a president of the World Trade Organization – until 2021. Even if US voters reelect Donald Trump, Zedillo concludes, he may realize the danger of unorthodox appointments for US national interests. – YaleGlobal

Read the article from El País about US plans for leadership at the International Inter-American Development Bank.

Ernesto Zedillo Ponce de León is a professor in the Field of International Economics and Politics at Yale University and is the former president of Mexico.

Read about the IDB's mission:“We work to improve lives in Latin America and the Caribbean. Through financial and technical support for countries working to reduce poverty and inequality, we help improve health and education, and advance infrastructure. Our aim is to achieve development in a sustainable, climate-friendly way.... The Bank’s current focus areas include three development challenges – social inclusion and equality, productivity and innovation, and economic integration – and three cross-cutting issues – gender equality and diversity, climate change and environmental sustainability; and institutional capacity and the rule of law.”

Read about the bank’s history from the International Food Policy Research Institute. 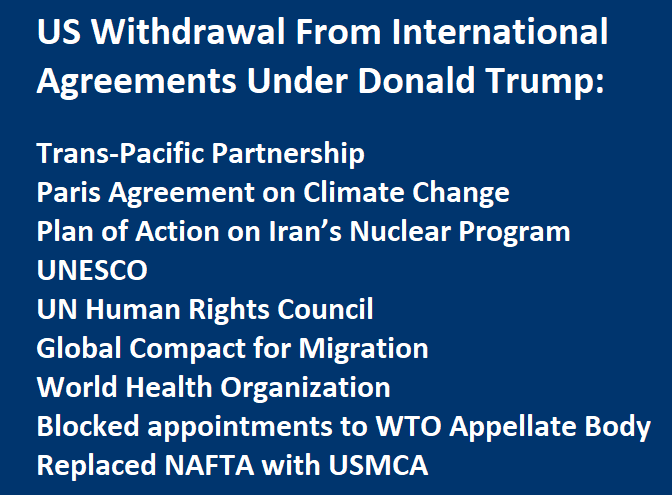 Mexico Can Thrive Without Trump

Act Now to Save the WTO