The House of Commons approved the EU Withdrawal Bill without change, but the House of Lords approved three changes. The first would give EU citizens an automatic right to stay in the UK after Brexit rather than expecting them to apply. The upper chamber also approved issuing physical documents to EU citizens as proof of their right to stay post-Brexit. The government supports a digital system and immediate transition from a free-movement system to one based on merit and points. Pro-Brexit political leaders had campaigned for “no change for lawful EU residents” and automatic and “indefinite leave to remain in the UK,” reports Alasdair Sandford for Euronews. The concern is that the digital system could miss and criminalize people in a matter of months. “Peers also voted against plans to give government ministers powers to decide which courts can depart from European Court of Justice judgements. A third defeat followed when they backed a move to make courts refer cases to the Supreme Court if they envisage departing from EU law.” With UK departure set for January 31, the EU Parliament urges citizen safeguards. – YaleGlobal

The House of Lords proposes changes to the British government’s Brexit plans for the EU Withdrawal Bill, including on EU citizens’ rights
Alasdair Sandford
Tuesday, January 21, 2020

Read the article from Euronews about proposals for citizen rights in the UK for those from the EU.

Euronews reported in an earlier article that the EU Commission urged its members to offer a “generous approach” for UK citizens living in the European Union. 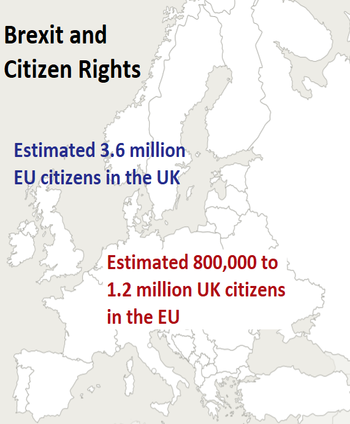 Still working on the details: Some EU and UK citizens worry about their rights and ability to move between the two places