The price may be heavy for the US abandoning Kurdish allies and its role in stabilizing territory in northeast Syria – delegating security to Russia and Turkey. Turkey’s president advised the US president about its plans to invade northern Syria on Oct 6, and Trump ordered US troop withdrawal. Not waiting for the US troops to exit, Turkey made its move October 9, touting plans to create a buffer zone for resettling 3.6 million refugees while also targeting the Kurdish ethnic minority group. The Trump administration negotiated a ceasefire, giving the Kurds five days to leave before Russia swooped in to help enforce the ceasefire and displace the Kurds. By Oct 23, Donald Trump characterized the conflict as victory and took credit for a permanent ceasefire negotiated by the Russian and Turkish presidents, one that displaces Syrian Kurds from their land. He also lifted sanctions on Turkey. The Syrian Kurds fought the Islamic State extremists, and the area they stabilized is now chaos and ruin. The whereabouts of captured ISIS fighters is unknown. Some Republican supporters have criticized the abrupt moves as a “foreign policy debacle.” Trump claims victory, declaring “Let someone else fight over this long bloodstained sand.” He did not acknowledge Russian machinations. – YaleGlobal

Trump claims credit for a Syria ceasefire to be enforced by Turkey and Russia, one that displaces US Kurdish allies who helped contain Islamic State extremists
Michael Crowley and Lara Jakes
Thursday, October 24, 2019

Read the article from the New York Times about Trump announcing a permanent ceasefire for northeastern Syria.

Michael Crowley is a White House correspondent, covering President Trump’s foreign policy. He joined The Times in 2019 from Politico, where he was the White House and national security editor, and a foreign affairs correspondent. 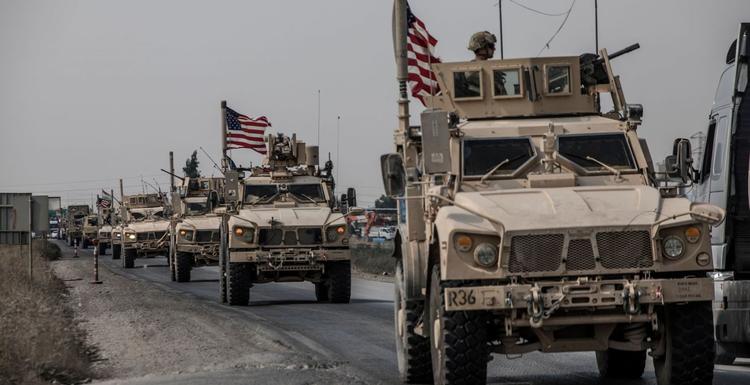