China has placed hundreds of thousands of Muslims in prison camps for reeducation. “China is eradicating the language, traditions and religion of Uighur, Kazakh and other Turkic Muslims in Xinjiang in China’s far northwest, corralling them into concentration camps and bombarding them with indoctrination by the Communist Party,” notes a Washington Post editorial. “The student guide was revealed by the New York Times along with hundreds of other pages of internal documents that show how the campaign is driven from the top by Chinese officials, including President Xi Jinping.” The camps are the government’s response to occasional unrest and violence in the region. The New York Times reports receiving documents from a “member of the Chinese political establishment.” Powerful governments and organizations often try underhanded controls to reduce criticism of their policies. Many citizens might go along, but conscience is a powerful force for a few, compelling them to act and expose the evil-doing. The Washington Post urges the rest of the world to do the same by supporting the whistleblower and speaking out against China's internment camps. – YaleGlobal

Detention camps in China: The powerful try to control others in secret ways, but conscience is a powerful force that can motivate a few to expose the wrongdoing
Wednesday, November 27, 2019

Read the article “Leaked China Files Show Internment Camps Are Ruled by Secrecy and Spying” from the New York Times.

Read about conscience as motivation to act morally from the Stanford Encyclopedia of Philosophy: “Conscience can also be conceived as our sense of duty. According to this understanding, conscience motivates us to act according to moral principles or beliefs we already possess…. The subjective character of conscience implies that the motivational force must come entirely from within the individual, as opposed to sanctions from an external authority.” 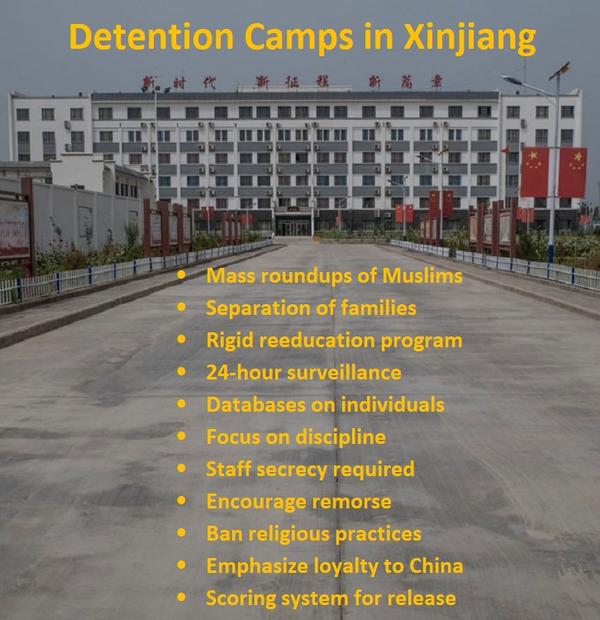